Here are the stories and links for today…

Get Wayne Grudem’s “Evangelical Feminism and Biblical Truth: An Analysis of Over 100 Disputed Questions” for 50% OFF at Westminster Bookstore

Get Iain Duguid’s “Hero of Heroes: Seeing Christ in the Beatitudes” for just $1.99 for Amazon Kindle

Get Mark Dever’s “The Church: The Gospel Made Visible” for just $2.99 for Amazon Kindle

Get Kevin DeYoung’s “The Hole in Our Holiness: Filling the Gap Between Gospel Passion and the Pursuit of Godliness” for just 99¢ for Amazon Kindle

Download a FREE copy of Iain Duguid’s “Is Jesus in the Old Testament?” from Westminster Bookstore

A short biography of John Bunyan by Geoff Thomas

How Pastors accidentally ruin their church

“Christians are in themselves no wiser than are other men. What they have, they have by grace.” (Cornelius Van Til)

“A fearer of God steers the rudder of his life according to the compass of the Word.” (Thomas Watson)

Please take some time to check out the other pages on this site. You’ll find several articles, FREE e-books, and book recommendations for your encouragement. Visit the Systematic Theology page or Historical Theology page first. Thanks!

Here are the links and stories for the day…

Get Dennis Johnson’s “Heralds of the King: Christ-Centered Sermons in the Tradition of Edmund P. Clowney” for 50% OFF at Westminster Bookstore

Last day to get Iain Duguid’s “Esther/Ruth” and “Daniel” (Reformed Expository Commentaries), and “Ezekiel” (NIV Application Commentary) for only $20 (73% OFF) at Westminster Bookstore

Get Iain Duguid’s “Hero of Heroes: Seeing Christ in the Beatitudes” for just $1.99 for Amazon Kindle

Get Mark Dever’s “The Church: The Gospel Made Visible” for just $2.99 for Amazon Kindle

Get Kevin DeYoung’s “The Hole in Our Holiness: Filling the Gap Between Gospel Passion and the Pursuit of Godliness” for just 99¢ for Amazon Kindle

Some scattered tips for not being a jerk at conferences

Jason Helopoulos on the beautiful diversity of the Church

“It is better to confess our ignorance than to indulge ourselves in frivolous conjectures.” (John Calvin)

“He who has gone to prepare heaven for us will not leave us without provision for the journey there.” (Charles Spurgeon)

Please take some time to browse the other pages on this site. You’ll find several articles, book reviews and recommendations, and even FREE e-books for your edification. Check out the Pastoral Theology page or Biblical Theology page first. Soli Deo Gloria!

Click the links or images above and below to be redirected. 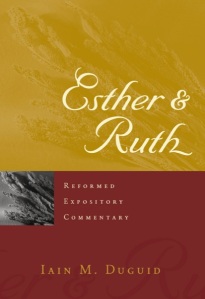 Esther & Ruth — $5.00 (72% OFF)
“Does God help those who help themselves? That may seem to be the message of the Books of Esther and Ruth. Some think that Ruth’s attractiveness won over Naomi and Boaz, or that Esther’s bold faithfulness saved her people. But a closer reading shows an embittered Naomi to have abandoned the Promised Land and God’s people, and Esther to have become thoroughly assimilated to the culture and values of Persian society… In Esther, God works in invisible ways to save his people. In Ruth, God’s grace comes to Naomi unexpectedly, and with it, a depiction of redemption for her people.” 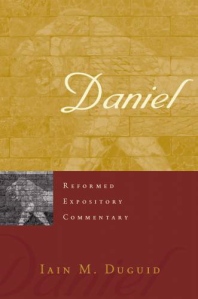 Daniel — $10 (72% OFF)
“The book of Daniel is both familiar and unfamiliar to many Christians. The stories of the fiery furnace and Daniel in the lion’s den are the staples of children’s Bible story books and Sunday school classes. Yet the latter chapters of Daniel’s vision are more unfamiliar and daunting to most believers… Iain M. Duguid reminds Christians that Daniel gives us more than moral lessons or a prophetic timetable. The whole of the book points us to Christ, whether as the one greater than Daniel who has perfectly lived an exilic life of service and separation for us or as the exalted heavenly Son of Man who took flesh amongst us.”

Ezekiel — $15 (53% OFF)
“Most Bible commentaries take us on a one-way trip from our world to the world of the Bible. But they leave us there, assuming that we can somehow make the return journey on our own. In other words, they focus on the original meaning of the passage but don’t discuss its contemporary application. The information they offer is valuable—but the job is only half done! The NIV Application Commentary Series helps us with both halves of the interpretive task. This new and unique series shows readers how to bring an ancient message into a modern context.” 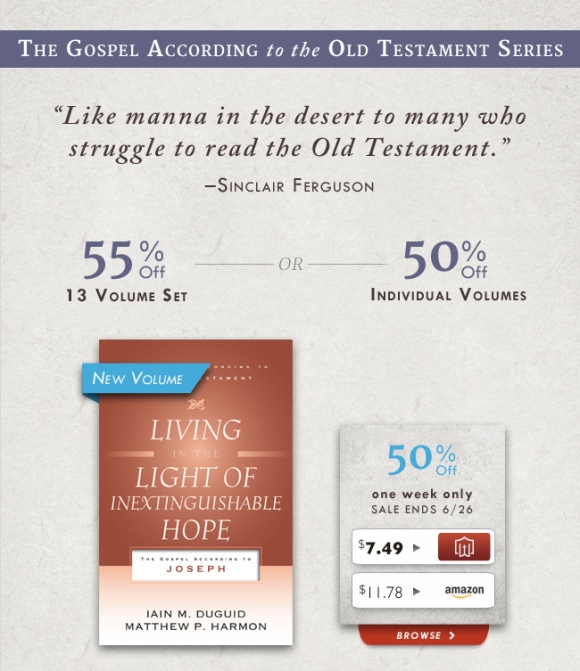